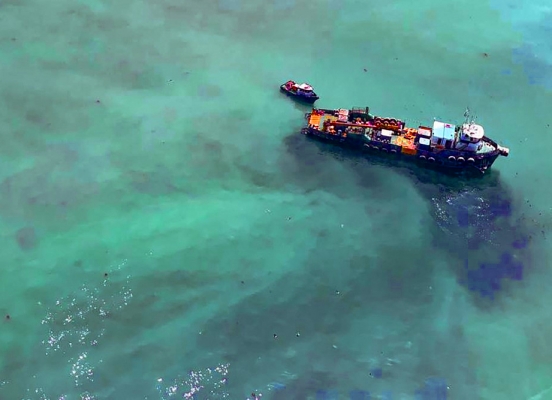 Spanish energy giant Repsol on Thursday vowed to finish by March cleaning up a devastating oil spill that has polluted beaches and killed wildlife.
Almost 12,000 barrels of crude spilled into the sea off Peru on January 15 as a tanker unloaded oil at a Repsol owned refinery.
"We expect that if the weather allows us then, in mid-March" the cleaning of beaches and islands off the coast will be completed, Repsol's environmental security director Jose Terol told reporters.
However, he warned that it would take a little longer to finish cleaning cliffs and rocks that are difficult to access.
"By mid-February, there will already be no more slicks in the sea. In an optimistic scenario, work on the difficult to access areas will be finished by the end of March," said Terol.
Peru's government described the spill -- which Repsol blamed on freak waves caused by a volcanic eruption more than 10,000 kilometers away near Tonga -- as an "ecological disaster."
The oil slick has been dragged by ocean currents about 140 kilometers north of the refinery, prosecutors said, causing the death of an undetermined number of fish and seabirds.
Peru has demanded compensation from Repsol, and the energy giant faces a potential $34.5 million fine, the Environment Ministry has said.
Even as the Repsol spokesman spoke, a group of protesters from the hard-hit nearby beach town of Ancon gathered with signs and chanted demands outside the plant.
"Repsol accept responsibility", and "Repsol murderer, the beaches of Ancon are in mourning" were among their signs.
"The reason for the protest is that (the oil spill) has left us without work because of this contamination of the sea in Ancon," Miguel Basurto, a 53-year-old motorcycle taxi driver, told AFP.
"We feel outraged because we have no support from the Repsol company. They clean their hands of it, and go away and leave us with all this pollution that affects children and the elderly," said merchant Ana Garrido, 40.
It was the first time since the spill that Repsol let journalists  visit its La Pampilla refinery -- to see how 90 specialists  there are managing the 3,000 people who are cleaning up the spill. 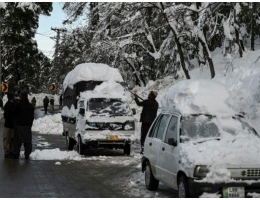 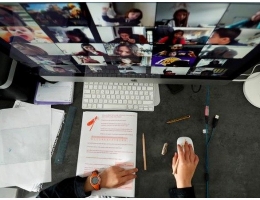